A screening of the 1989 adaptation of Uhman’s novella Reunion directed by Jerry Schatzberg with an introduction by Rachel Seiffert.

Rachel Seiffert is one of Virago's most critically acclaimed contemporary novelists.  Her first novel, The Dark Room (2001) was shortlisted for the Man Booker Prize, and made into the feature film Lore.  In 2003, she was named one of Granta's Best of Young British Novelists, and in 2011, she received the EM Forster Award from the American Academy of Arts and Letters.  Her second novel, Afterwards (2007) and third novel The Walk Home (2014) were both longlisted for the Orange/Baileys Prize, and her latest novel A Boy in Winter was a New York Times Notable Book and Times Book of the Year for 2017.  A long-time admirer of Fred Uhlman's work, Seiffert wrote the introduction to the Vintage edition of Reunion. 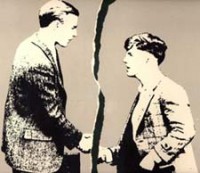